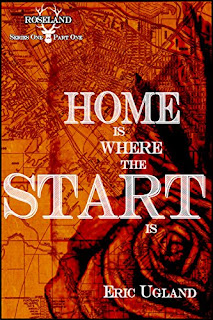 Home Is Where The Start Is
When Ginger Mitchell finds out her mother committed suicide, she packs up her life as a Vegas “dancer” (hey, somebody’s gotta do it) and drives her cherry-red SUV straight home to Portland. Without a disapproving mom to rebel against, what was the point? But things aren’t what they seem once Ginger gets to the City of Roses. For one, nothing about her mother’s suicide adds up, but no one else even wants to entertain the idea that it could’ve been murder. No one that is, except the ghost of Ginger’s mother, who keeps scaring the crap out of her. It’s probably just a psychotic break because of the grief, right? Sure. In any case, it’s during one of these visits from Ghost Mom that Ginger decides to solve the murder on her own. She really only ever wanted to be a cop, so maybe she should start a private detective business and see where it takes her. And look, that hippie kid running down the street after a muscle car right now probably needs help. Another case!
Kindle Price: $0.00
Click here to download this book. 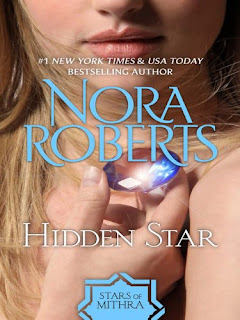 Hidden Star
She couldn't remember a thing, not even who she was. But it was clear Bailey James was in trouble. Big trouble! And she desperately needed Cade Parris to help her live long enough to find out just what kind. The moment the cool-headed private eye laid eyes on the fragile beauty, she almost had him forgetting who he was. If Bailey was a criminal, Cade would eat his hat. But what was she doing with a satchel full of cash and a diamond as big as a baby's fist? And how could he unravel this mystery if he kept tripping over his heart?
Kindle Price: $1.99
Click here to download this book. 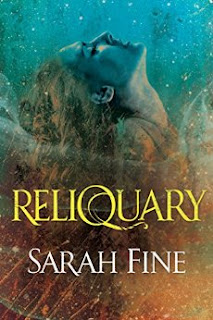 Reliquary
Determined to find out who took Ben and why, Mattie immerses herself in a shadowy underworld and comes face-to-face with the darkly alluring Asa Ward, a rogue magic dealer, infamous hustler…and her missing fiancé’s estranged brother. Asa has the power to sense magic, and he realizes Mattie is a reliquary, someone with the rare ability to carry magic within her own body, undetected. Asa agrees to help find Ben on one condition: Mattie must use her uncommon talent to assist his smuggling operations. Now, from magic-laced Vegas casinos to the netherworld clubs of Bangkok, Mattie is on a rescue mission. With Asa by her side, she’ll face not only the supernatural forces arrayed against her but the all-too-human temptation that she fears she can’t resist.
Kindle Price: $1.99
Click here to download this book. 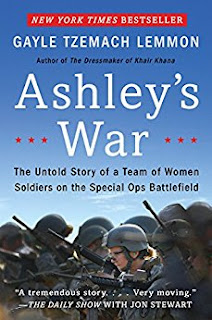 Ashley's War
In 2010, the U.S. Army Special Operations Command created Cultural Support Teams, a pilot program to put women on the battlefield alongside Green Berets and Army Rangers on sensitive missions in Afghanistan. The idea was that women could access places and people that had remained out of reach, and could build relationships—woman to woman—in ways that male soldiers in a conservative, traditional country could not. Though officially banned from combat, female soldiers could be “attached” to different teams, and for the first time, women throughout the Army heard the call to try out for this special ops program.
Kindle Price: $1.99
Click here to download this book. 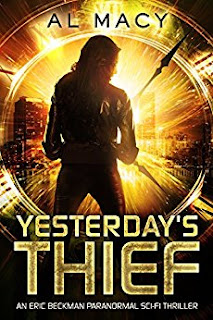 Yesterday's Thief
It’s the year 2020, and Eric Beckman is a mind-reading detective. Although he reads only the conscious thoughts of the people he interviews, it usually gives him enough of an edge to overcome his inexperience as a PI. But mind reading is hell on relationships. Trusting comes hard when you know what people are really thinking. The case of his life lands in his lap when a beautiful woman materializes during a televised baseball game. She floats in midair, then drops to the ground, comatose. Beckman is at her bedside when she wakes up. From the moment she opens her eyes, she has him under her spell. He vows to figure out where—or when—she came from, even if it kills him.  The stakes increase when she disappears without a trace. Worse, she holds the key to a worldwide energy catastrophe. If Beckman can’t find her and unlock her secrets, economies will collapse, and the world will spiral down into chaos.
Kindle Price: $3.99
Click here to download this book. 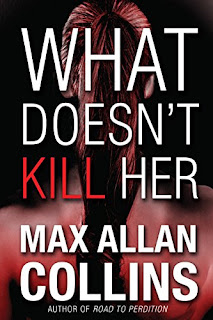 What Doesn’t Kill Her
Jordan Rivera is an ordinary kid with an ordinary family, until a vicious killer takes it all away, sparing her, but leaving her broken. The murders of her father, mother and brother destroy something inside Jordan, who spends ten long, mute years in an institution. Catching a glimpse of a news report about another family slaying, Jordan at last breaks her silence. Now she’s out, and she molds herself—body and mind—into an instrument of justice. While a young detective pursues the case on his own, Jordan teams up with members of her support group, people like her, damaged by violent crime. They have their own stories of pain, heartache, and vengeance denied. With their help, Jordan will track down the killer before he can ravage any more lives. Her life – and her sanity – depend on it.
Kindle Price: $1.99
Click here to download this book.