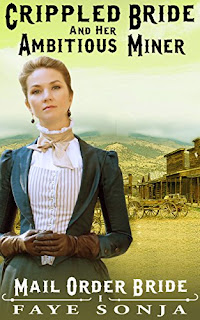 The Crippled Bride and The Ambitious Miner
Ava is thirty-one, beautiful and brave, but with a heartbreaking past, and a crippling injury.
She's always had everything she needed financially, but now this has CHANGED. She has lost everything . . . . .Crippled Ava and her Ma have been thrown out onto the street by her cruel father- a politician! They have no way of survival. She needs to make a plan, to save them both from poverty, from a life begging on the street. Gold Creek . . . and Jackson Abrams, are her ONLY option.When events seem desperate, Ava makes a strong, desperate decision: to travel to the other side of the country to marry a man she has never met. Jackson has a picture-perfect vision for his life, and Ava - with her crippling injury - worries that he can't see past the imperfections. Can Ava learn to adjust to life in the wild mining town? Can Jackson learn to love imperfection? Will Ava trust that Jackson can see her inner beauty?
Kindle Price: $0.00
Click here to download this book. 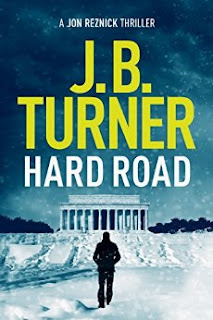 Hard Road
Jon Reznick is a “ghost”: a black-ops specialist who takes his orders from shadowy handlers, and his salary from the US government. Still mourning the loss of his beloved wife on 9/11, he’s dispatched to carry out a high-level hit. Reznick knows only that it must look like suicide. It’s textbook. But the target is not the man Reznick expected. The whole setup is wrong. In an instant the operation is compromised, and Reznick is on the run with the man he was sent to kill. A man wanted by the FBI, and by a mysterious terrorist organization hell-bent on bringing the United States to its knees. FBI Assistant Director Martha Meyerstein is determined to track him down, and to intercept whatever it is Reznick was sent to do. When Reznick’s young daughter becomes a pawn in the game, he has to use more than his military training to stay one step ahead of those responsible. Meanwhile, he is the only person who knows the true extent of the threat to national security—and has the stealth and determination to stop it.
Kindle Price: $1.99
Click here to download this book. 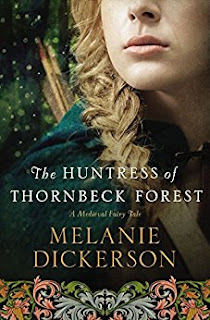 The Huntress of Thornbeck Forest
The margrave owns the finest hunting grounds for miles around—and who teaches children to read, but by night this young beauty has become the secret lifeline to the poorest of the poor. For Jorgen Hartman, the margrave’s forester, tracking down a poacher is a duty he is all too willing to perform. Jorgen inherited his post from the man who raised him . . . a man who was murdered at the hands of a poacher. When Jorgen and Odette meet at the Midsummer festival and share a connection during a dance, neither has any idea that they are already adversaries. The one man she wants is bound by duty to capture her; the one woman he loves is his cunning target . . . What becomes of a forester who protects a notorious poacher? What becomes of a poacher when she is finally discovered?
Kindle Price: $1.99
Click here to download this book. 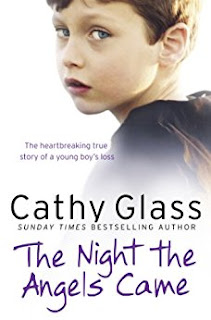 The Night the Angels Came
When Cathy receives a call about a terminally ill widower terrified of leaving his son all alone in the world, she is wracked with sadness and indecision. Can she risk exposing her own young children to a little boy on the brink of bereavement? Eight year old Michael is part of a family of two, but with his beloved father given only months to live and his mother having died when he was a toddler, he could soon become an orphan. Will Cathy’s own young family be able to handle a child in mourning? To Cathy’s surprise, her children insist that this boy deserves to be as happy as they are, prompting Cathy to welcome Michael into her home.
Kindle Price: $0.99
Click here to download this book. 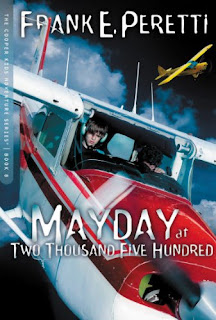 Mayday at Two Thousand Five Hundred
Fourteen-year-old Jay Cooper is enjoying the view from his Uncle Rex's Cessna when a low-flying 757 speeds past them. Caught in its wind turbulence, their small plane is shaken violently, knocking Rex unconscious and leaving Jay blind from a head injury. With fuel running out fast, Jay drifting in and out of consciousness, and the plane heading straight for a mountain range, this high-flying adventure shows the importance of faith as Jay faces numerous unseen dangers.
Kindle Price: $0.99
Click here to download this book. 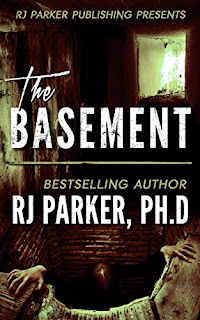 The Basement
On March 24, 1987, the Philadelphia Police Department received a phone call from a woman who stated that she had been held captive for the last four months. When police officers arrived at the pay phone from which the call was made, Josephina Rivera told them that she and three other women had been held captive in a basement by a man named Gary Heidnik.  He imprisoned women in chains, in the filth and stench of a hole dug under his home.
Kindle Price: $2.99