Santa Baby, I Want A Bad Boy For Christmas
Morgan is having a miserable week. She broke up with her boyfriend, can't afford to go home to spend the holidays with her family, and has to work every day leading up to Christmas. Enter mall Santa.  When Morgan is forced to tell Santa what she wants for Christmas, she doesn't hold back. She wants a bad boy for Christmas. Will Santa send Morgan her perfect bad boy?
Kindle Price: $0.00
Click here to download this book. 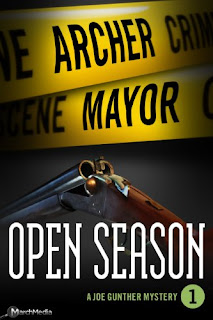 Open Season
Lt. Joe Gunther of the Brattleboro, Vermont police force has a serious problem: in a community where a decade could pass without a single murder, the body count is suddenly mounting. Innocent citizens are being killed—and others set-up—seemingly orchestrated by a mysterious ski-masked man. Signs suggest that a three year-old murder trial might lie at the heart of things, but it’s a case that many in the department would prefer remained closed. A man of quiet integrity, Lt. Gunther knows that he must pursue the case to its conclusion, wherever it leads. Open Season is the first of Archer Mayor’s twenty-three Joe Gunther novels, a series of gripping police procedurals set in New England, where small-town charm, stoicism and civility sometimes conceal brutal truths.
Kindle Price: $2.99
Click here to download this book. 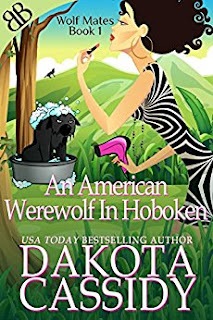 An American Werewolf In Hoboken
JC Jensen, a hairdresser in Hoboken, New Jersey, is happy living alone and focusing on her career. JC decides that maybe a dog might be a better companion than the boyfriends she's had, so she heads off to her local animal shelter to find a puppy that needs a home. Like a cute ball of fluff, ya know? When she comes home, it's with a beast that the shelter says is part wolf -- and destined to die. He's mean, he's ornery, he has enough fleas to require fumigation, and he's a hairdresser's nightmare, but JC is compelled to adopt him. The shelter is amazed when he only responds to her (no surprise for you there I'll bet). After a trip to PETsMART and a bath, JC dubs her new buddy Fluffy. Fluffy loves steak and hates her ex-boyfriend Jess, which is just fine by JC. He's her perfect match -- so perfect she thinks if only he were a man they could pick out china together.
Kindle Price: $1.99
Click here to download this book. 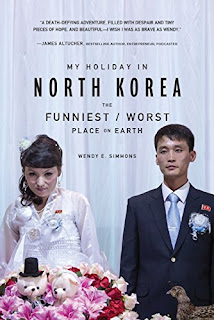 My Holiday in North Korea
Wendy shares a glimpse of North Korea as it’s never been seen before. Even though it’s the scariest place on Earth, somehow Wendy forgot to check her sense of humor at the border. But Wendy’s initial amusement and bewilderment soon turned to frustration and growing paranoia. Before long, she learned the essential conundrum of “tourism” in North Korea: Travel is truly a love affair. But, just like love, it’s a two-way street. And North Korea deprives you of all this. They want you to fall in love with the singular vision of the country they’re willing to show you and nothing more. Through poignant, laugh-out-loud essays and 92 color photographs of North Korea rarely published, Wendy chronicles one of the strangest vacations ever. Along the way, she bares all while undergoing an inner journey as convoluted as the country itself.
Kindle Price: $1.99
Click here to download this book. 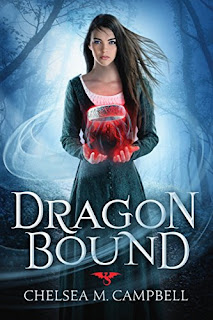 Dragonbound
Virginia St. George—of the dragon-slaying St. George dynasty—has the brains and bloodline that define her family’s legacy, but she’s never been good at following in their footsteps. She doesn’t have the powerful magic every St. George is born with or the sword-wielding skills of the paladins—like her sister, Celeste—who bravely combat their fire-breathing foes. Even worse, a past tragedy has left Virginia with a crippling fear of dragons…and facing arranged marriage to an aging nobleman eager for heirs. But when Celeste is kidnapped by an infamous dragon clan, Virginia must make a daring rescue and defy the fear that has tormented her for years. Virginia can’t do it alone, and her only ally is the notorious criminal she’s freed from her family’s dungeon. Who better to guide her into the dragons’ lair than one of their own? To save her flesh and blood, Virginia will risk her life—even if her first quest proves her final undoing.
Kindle Price: $1.99
Click here to download this book. 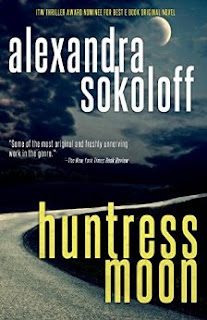 Huntress Moon
FBI Special Agent Matthew Roarke is closing in on a bust of a major criminal organization in San Francisco when he witnesses an undercover member of his team killed right in front of him on a busy street, an accident Roarke can’t believe is coincidental. His suspicions put him on the trail of a mysterious young woman who appears to have been present at each scene of a years-long string of “accidents” and murders, and who may well be that most rare of killers: a female serial. Roarke’s hunt for her takes him across three states...while in a small coastal town, a young father and his five-year old son, both wounded from a recent divorce, encounter a lost and compelling young woman on the beach and strike up an unlikely friendship without realizing how deadly she may be. As Roarke uncovers the shocking truth of her background, he realizes she is on a mission of her own, and must race to capture her before more blood is shed.
Kindle Price: $1.99
Click here to download this book.
Posted by Joisel at 12:00 AM