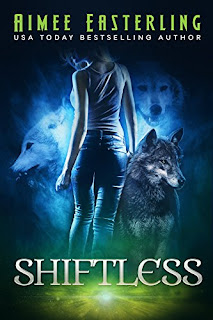 Shiftless
Forget the full moon, female werewolves shift uncontrollably at that time of the month. But after years of practice, teenaged Terra learns to squash her wolf, which allows her to flee the repressive village where she grew up. A decade later, Terra realizes she has an even worse problem. After hiding from her wolf for so long, she is now shiftless, unable to change back into canine form. When her father shows up with an ultimatum, Terra knows she'll have to learn to shift or return to her place in her family's pack. Will Wolfie, a nearby alpha who's more wolf than man, be a stumbling block in Terra's quest to maintain her freedom? As Terra struggles to escape two werewolf packs that seem poised to suck her back in, the real question becomes --- does she really want to stay away?
Kindle Price: £0.00
Click here to download this book. 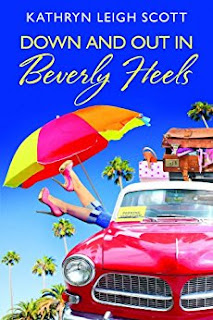 Down and Out in Beverly Heels
From brunch in Bel Air to homeless in Hollywood…Former actress Meg Barnes used to have it all: tony Beverly Hills address, Amex Black card, Manolos for every day of the month. Not to mention a career as a popular TV detective that made her glittering life possible. But her lifestyle of the rich and famous has turned into a reality show for d-listed starlets. Lost in her Louboutins, she has one man to thank: her con man of a husband. Handsome FBI agent Jack Mitchell knows a suspect when he sees one—even if she’s as beautiful and gutsy as Meg. Meg’s ex “made off” with half of Hollywood’s wealth in an epic real estate scam. And Jack thinks Meg may have been involved. Determined to prove her innocence Meg teams up with her quirky, movie-mad best friend to track down her fugitive husband and exact justice. But getting her life, and her career, back on track is harder than auditioning for Spielberg. Especially when her life is threatened. Meg has to trust Jack, the man who may want her behind bars…or as his leading lady for life.
Kindle Price: £0.99
Click here to download this book.
Posted by Joisel at 12:00 AM