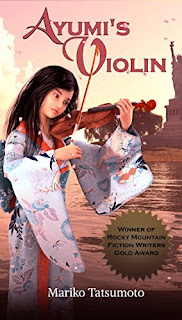 Ayumi's Violin
In 1959 when her mother dies, grieving twelve-year-old Ayumi leaves her home in Japan and crosses the Pacific Ocean alone to find the American father she’s never met. Biracial, she is confronted with a resentful half-sister and a racist stepmother. The family maid and her rebellious fourteen-year-old son Diego are the only people who befriend her. Ayumi wants to be accepted by her new family, but how much of her true self must she give up? A violin prodigy, Ayumi’s only solace is her music. Boys at school taunt her and steal her music books. When she is deprived of her violin, she feels like her mother has died all over again. With Diego’s help, she shocks even herself by doing the unthinkable.
Kindle Price: £0.00
Click here to download this book. 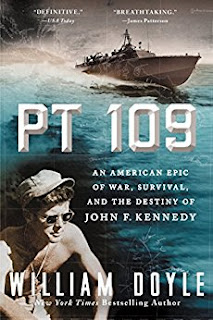 PT 109
At 2:00 a.m. on the moonless night of August 2, 1943, U.S. Patrol Torpedo boat PT-109, captained by Lieutenant John F. Kennedy, was struck by the Japanese destroyer Amagiri near the Solomon Islands. The American ship was cleaved in two and rocked by an explosion; two crew members died instantly; the remaining eleven survivors clung to the sinking wreckage, adrift in enemy waters. Despite injuring his back, Lt. Kennedy—towing a severely burned sailor by the strap of a life jacket—led his battered and exhausted men on a harrowing three-and-a-half mile swim to a tiny uninhabited island. Desperate for food and water, Kennedy set off on a solo reconnaissance mission, scouting two larger islands two-and-a-half miles away. Discovering water and coconuts, he returned for his men. For six days they lived off coconuts and kept out of sight of passing Japanese patrols until they were rescued. Drawing on new information from the American rescuers and recently released archives in both Japan and the U.S., PT-109 recounts this event in breathtaking detail and explores the incident’s remarkable aftermath on JFK’s life and legend. William Doyle reveals that, while the incident transformed JFK into a “war hero” and helped propel him to the U.S. Senate and the White House, the wounds he suffered during that harrowing week continued to haunt him, physically and psychologically.
Kindle Price: £1.99
Click here to download this book.
Posted by Joisel at 12:00 AM