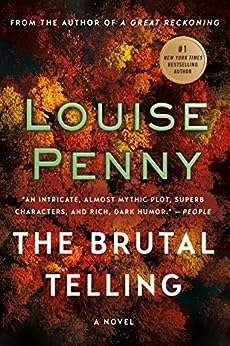 The Brutal Telling
With those words the peace of Three Pines is shattered. As families prepare to head back to the city and children say goodbye to summer, a stranger is found murdered in the village bistro and antiques store. Once again, Chief Inspector Gamache and his team are called in to strip back layers of lies, exposing both treasures and rancid secrets buried in the wilderness. No one admits to knowing the murdered man, but as secrets are revealed, chaos begins to close in on the beloved bistro owner, Olivier. How did he make such a spectacular success of his business? What past did he leave behind and why has he buried himself in this tiny village? And why does every lead in the investigation find its way back to him? As Olivier grows more frantic, a trail of clues and treasures— from first editions of Charlotte's Web and Jane Eyre to a spider web with the word "WOE" woven in it—lead the Chief Inspector deep into the woods and across the continent in search of the truth, and finally back to Three Pines as the little village braces for the truth and the final, brutal telling.
Kindle Price: $0.00
Click here to download this book. 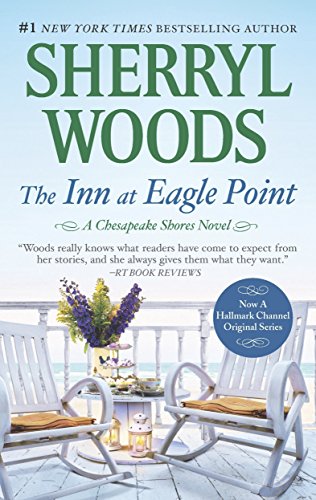 The Inn at Eagle Point
It's been years since Abby O'Brien Winters set foot in Chesapeake Shores. The Maryland town her father built has too many sad memories and Abby too few spare moments, thanks to her demanding Wall Street career, the crumbling of her marriage and energetic daughters. Then one panicked phone call from her youngest sister brings her racing back home to protect Jess's dream of renovating the charming Inn at Eagle Point. But saving the inn from foreclosure means dealing not only with her own fractured family, but also with Trace Riley, the man Abby left ten years ago. Trace can be a roadblock to her plans…or proof that second chances happen in the most unexpected ways.
Kindle Price: $1.99
Click here to download this book.
Posted by Joisel at 1:52 AM