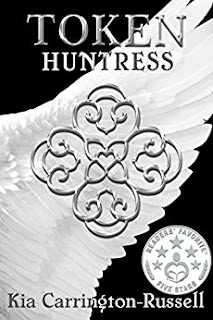 Token Huntress
The sun’s light dimmed many centuries before; now in the year of 2,341 rampant vampires now stalk their victims in a half-lit world. Humanity has been overtaken by a new society: one comprised of vampires, the supernatural beings that hunt them, and the remaining humans they fight over. The laws and rules that once bound our world have long since been lost. Now, the Hunter Guild struggle to stay one step ahead of the Vampire Council. Esmore, Token Huntress, has exceeded all expectations at only 18 years of age. She is fearless leader to her team, and she is relentless in her pursuit of the enemy. There is only one problem: Esmore is struggling to repress the growing darkness that seduces her from within. Esmore takes another step into the darkness when she encounters a teasing, tantalizing -- utterly unignorable -- vampire. The lines between right and wrong are blurred further as Esmore gives into her temptation, and her reality becomes deliciously tainted both with evil and with lust.
Kindle Price: $0.00
Click here to download this book. 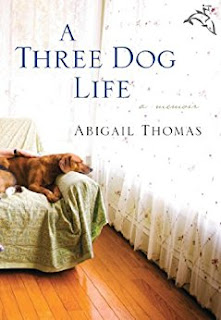 A Three Dog Life
When Abigail Thomas’s husband, Rich, was hit by a car, his brain shattered. Subject to rages, terrors, and hallucinations, he must live the rest of his life in an institu­tion. He has no memory of what he did the hour, the day, the year before. This tragedy is the ground on which Abigail had to build a new life. How she built that life is a story of great courage and great change, of moving to a small country town, of a new family composed of three dogs, knitting, and friendship, of facing down guilt and discovering gratitude. It is also about her relationship with Rich, a man who lives in the eternal present, and the eerie poetry of his often uncanny perceptions. This wise, plainspoken, beautiful book enacts the truth Abigail discovered in the five years since the acci­dent: You might not find meaning in disaster, but you might, with effort, make something useful of it.
Kindle Price: $2.99
Click here to download this book.
Posted by Joisel at 12:00 AM