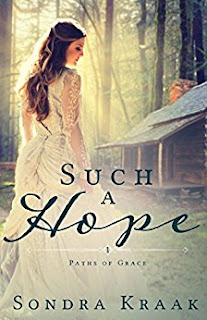 Such a Hope
Anna Warren grew up on the seat of a wagon, the daughter of Seattle's busiest freighter. After her father’s death—a tragedy away from home—she returns to their cabin on the outskirts of Seattle, seeking the sense of belonging that eluded her childhood. But will her desire to pray for miraculous healing for the sick and wounded endear or alienate her to the community? Her most aggravating challenger is also her staunchest defender and has brown hair and eyes, stands six feet tall, and farms with unchecked tenacity. Tristan Porter. This farmer her father had befriended holds more secrets than Yesler’s Mill holds logs. When ugly rumors arise about her spiritual gift and her property, Anna fears her quest to find belonging will be thwarted. Tristan holds the truth to set her free, but revealing it will require him to face the disappointments of his past and surrender his plans for the future—a sacrifice he’s not sure he can make.
Kindle Price: $0.00
Click here to download this book. 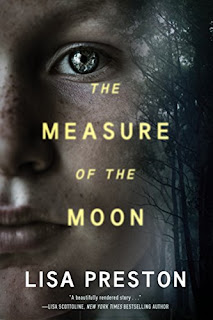 The Measure of the Moon
When eight-year-old Greer Donner falls off his horse in the Washington wilderness, he braces himself to face the long hike home alone. But screams pierce the darkness, and he stumbles upon a dead-end road where a man is beating a woman—nearly to death. In a moment of courage, he stops the assault, but he’s left to face the man, who turns his wrath into an ominous threat: if the boy ever reveals what he has seen, his family will pay the ultimate price. The secret Greer now carries begins his emotional unraveling. In Seattle, Gillian Trett is a photographer with a troubled marriage and a childhood she’s trying to forget. Domestic tension mounts when her husband’s stepsister arrives. Desperate for a distraction, and a way to advance her career, Gillian throws herself into uncovering the history behind an old man’s Holocaust photo of boys in a forest. The mysterious children and the truth behind the scene haunt her—she can’t let go of the image, or of her own shadowed past. Then a horrifying revelation entangles Gillian’s path with young Greer’s. The boy and the woman, separated by a generation and a hundred miles, each confront the terrible power of harbored secrets—not only to eclipse the truth but also to illuminate the dark, unknown dimensions of their loved ones and themselves.
Kindle Price: $1.99
Click here to download this book.
Posted by Joisel at 12:00 AM