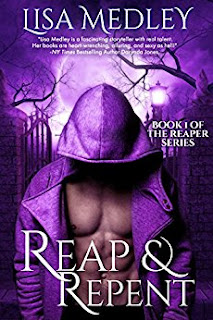 Reap and Repent
Ruth Scott can read the energy of every person she meets. Then she meets Deacon Walker. She can see his ice-blue eyes, his black hair, and his gorgeous face. But this beautiful stranger has no aura. Deacon is just as unsettled by Ruth—and, having spent more than two hundred years ushering souls to Purgatory, Deacon is seldom shocked by anything. As he helps Ruth to understand her true nature, she awakens desires that he decided long ago a Reaper can’t afford. A demon invasion forces Deacon to confront the darkness in his own past even as he fights to save the human souls he’s charged to protect. When he’s taken captive, his first concern is for Ruth. But Ruth just might be able to save herself—and the Reaper she can’t live without—if she can learn to wield her newfound powers.
Kindle Price: $0.00
Click here to download this book. 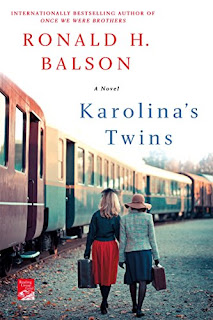 Karolina's Twins
Lena Woodward, an elderly woman, enlists the help of both lawyer Catherine Lockhart and private investigator Liam Taggart to appraise the story of her harrowing past in Nazi occupied Poland. At the same time, Lena’s son Arthur presents her with a hefty lawsuit under the pretense of garnering her estate—and independence—for his own purposes. Where these stories intersect is through Lena’s dubious account of her life in war-torn Poland, and her sisterhood with a childhood friend named Karolina. Lena and Karolina struggled to live through the atrocity of the Holocaust, and at the same time harbored a courageous, yet mysterious secret of maternity that has troubled Lena throughout her adult life. In telling her story to Catherine and Liam, Lena not only exposes the realities of overcoming the horrors of the Holocaust, she also comes to terms with her own connection to her dark past. Karolina’s Twins is a tale of survival, love, and resilience in more ways than one. As Lena recounts her story, Catherine herself also recognizes the unwavering importance of family as she prepares herself for the arrival of her unborn child. Through this association and many more, both Lena and Catherine begin to cherish the dogged ties that bind not only families and children, but the entirety of mankind.
Kindle Price: $2.99
Click here to download this book.
Posted by Joisel at 12:00 AM