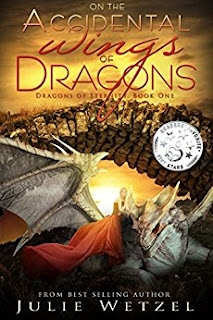 On the Accidental Wings of Dragons
When Michael Duncan is sent to investigate the disappearance of several dragon subjects, he finds himself in a bind. Locked in a dungeon, his only hope lies wrapped in a bundle of cloth tossed at his feet. One kiss and his life is changed forever. Hunted by his own people for crimes he didn’t commit, Michael has to learn a whole new life at the hands of a beautiful woman. Can she help him clear his name, or will just being in her presence get him sentenced to death? Carissa Markel doesn’t know who this man chained to the wall is, but he’s her only chance for escape. She has power, but, born without a voice, she lacks the means to wield it. One choice, made in desperation, sends them running for their lives. Does she have the strength to help him clear his name? And what will her brother, the King of Dragons, do if he finds out what she’s done? The real questions is… can she keep her hands off him long enough to find out?
Kindle Price: $0.00
Click here to download this book. 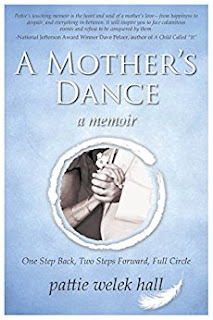 A Mother's Dance
"Pattie's touching memoir is the heart and soul of a mother's love---from happiness to despair, and everything in-between. It will inspire you to face calamitous events and refuse to be conqurered by them." ~National Jefferson Award Winner Dave Pelzer, Auth or "A Child Called 'It'". How does one measure the depth of a mother’s love? Pattie never thought it possible until she experienced every mother’s worst nightmare—twice. With all three kids in college and thriving, Pattie is excited about embarking on her new career as community relations manager at Barnes & Noble. That is, until she receives word that her nineteen-year-old son has been admitted to the Medical University of South Carolina and tagged “John Doe” after he suffered a traumatic brain injury. Now her sole concern is to get to Charleston, 250 miles away, before he takes his final breath. Although Casey is given only twenty-four hours to live, Pattie clings to her faith and refuses to accept her son’s death sentence. During Casey’s long and arduous healing, Pattie takes a hard look at the past—the kid’s tender childhood memories, their challenging teenage years, the skeletons in the closet, and the circumstances that have formed her into who she has become. When tragedy strikes again, Pattie must make a choice—to remain stuck in her grief or to step into the life she’s meant to create.
Kindle Price: $1.99
Click here to download this book.
Posted by Joisel at 12:54 AM