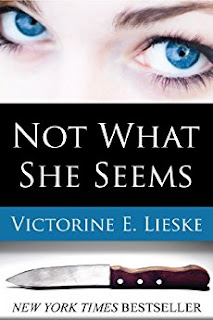 Not What She Seems
Steven Ashton, a billionaire from New York, and Emily Grant, on the run from the law... and when they meet he can't help falling for her. What he doesn't know is that interfering in her life will put his own life in danger. Not What She Seems holds you in suspense from the moment you begin down the path of murder and romance. When billionaire Steven Ashton couldn't stand his high society social life anymore, he left the stress of New York on a vacation for his soul. The need to meet real down to earth people lead him to a small Nebraska town he remembered visiting as a child. He didn't want to lie about who he was, but he couldn't exactly tell them the truth. Emily could have easily fallen in love with Steven, under different circumstances, but her past was catching up with her and she needed a new life. If the authorities found out about her, she could lose the one thing that meant everything, her four year old son.
Kindle Price: $0.00
Click here to download this book. 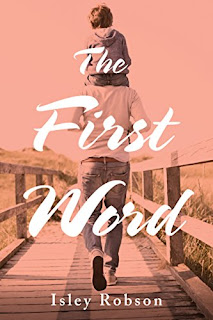 The First Word
To stay sane, Andie Tilly must keep her mind on her work. Her job as a pediatric occupational therapist is the perfect distraction from the unspeakable tragedy she experienced as a child. But when she meets alternative-energy magnate Rhys Griffiths and his autistic toddler, Will, she quickly realizes her heart will never be the same. Especially when her name becomes Will’s first word. After accepting a position as a live-in therapist for Will, Andie steels herself against the appeal of the disconcertingly attractive—and attracted—Rhys. But their chemistry can no longer be denied, and their heated affair seems destined for happily ever after. A destiny Andie’s terrified to embrace. When Andie’s guilt, Rhys’s awkwardness, and the abrupt appearance of an erratic ex threaten to dismantle their delicately blooming relationship, they must decide if love is worth the challenge. Can Andie and Rhys find their way back to each other? Or will the demons of the past simply prove too strong?
Kindle Price: $1.99
Click here to download this book.
Posted by Joisel at 12:00 AM