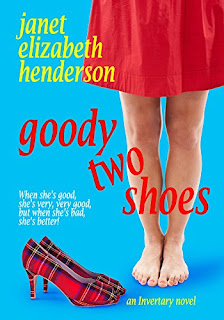 Goody Two Shoes
Josh McInnes’ biological clock is ticking and he wants to get married—now. After 20 years singing soppy love songs, he knows that there is no such thing as romantic love. There’s only hormones and lust. At thirty-five, he’s tired of his playboy lifestyle. He wants a wife who isn’t interested in fame, money, or romance. A sensible wife, who values commitment. He wants a partnership, a friendship, and none of the craziness that goes with falling in love. As far as he can see, there’s only one way to get exactly what he wants—he needs an arranged marriage.…add a Scottish librarian who has given up on ever falling in love…Caroline Patterson terrifies men. With her no-nonsense attitude, and ice queen demeanor, she’s in control of everything—and everyone—around her. Her sensible shoes and grey skirt suits act like a force field, repelling male attention. At thirty-one, she can’t remember the last time she went on a date and is beginning to think she’ll never have a family of her own. When an American stranger buys the local castle then approaches Caroline with a marriage proposal that resembles a business contract, she quickly accepts. She doesn’t expect romance. But she does expect to control each and every detail of their lives together. Because as life has taught her — if you aren’t in control, bad things happen.…and it's romance Invertary style!
Kindle Price: $0.00
Click here to download this book. 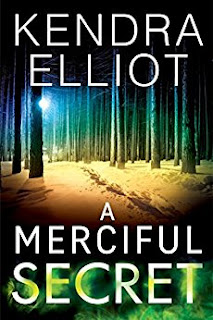 A Merciful Secret
Raised off the grid by survivalists, Mercy Kilpatrick believed in no greater safeguard than the backwoods of Oregon. Unforgiven by her father for abandoning the fold for the FBI, Mercy still holds to her past convictions. They’re in her blood. They’re her secrets—as guarded as her private survival retreat hidden away in the foothills. In a cabin near her hideaway, Mercy encounters a young girl whose grandmother is dying from multiple knife wounds. Hundreds of miles away, a body is discovered slashed to death in a similar way. The victims—a city judge and an old woman living in the woods—couldn’t be more different. With the help of police chief Truman Daly, Mercy must find the killer before the body count rises. Mercy knows that the past has an edge on her. So does her family. How can she keep her secrets now…when they’re the only things that can save her?
Kindle Price: $1.99
Click here to download this book.
Posted by Joisel at 4:47 AM