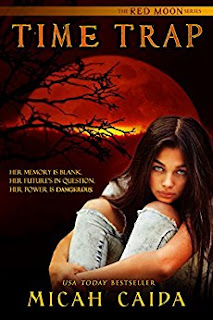 Time Trap
Her memory is blank. Her future's in question. Her power is dangerous. Waking up in an unknown world, Rayen learns only that she's seventeen and is hunted by a sentient beast. Terrified that she may never learn who she really is or find her way back to her home, she's captured in a land that is at times familiar even if the people and the structures seem alien. When local law enforcement delivers her to a private school, she's labeled as a Native American runaway, and Rayen discovers a secret with deadly repercussions. Forced into an unlikely alliance with a computer savvy street punk and a gifted oddball girl to save their world - and the future - Rayen finds the key to an identity that no person would want.
Kindle Price: $0.00
Click here to download this book. 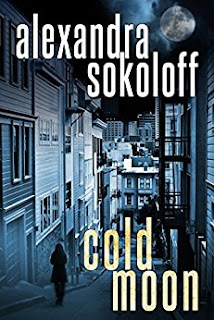 Cold Moon
The hunt for mass murderer Cara Lindstrom is over. FBI Special Agent Matthew Roarke has been working for this moment: the capture of a killer who savagely hunts the worst of humanity. But Roarke remains traumatized by his own near-death at the hands of the serial killer who slaughtered Cara’s family…and haunted by the enigmatic woman who saved his life. Then the sixteen-year-old prostitute who witnessed Cara’s most recent murder goes missing, and suddenly pimps are turning up dead on the streets of San Francisco, killed with an MO eerily similar to Cara’s handiwork. Is a new killer on the loose with a mission even more deadly than hers? In the pulse-pounding third Huntress/FBI Thrillers book, Roarke will have to go on the hunt…and every woman he meets, even those closest to him, may prove deadly.
Kindle Price: $1.99
Click here to download this book.
Posted by Joisel at 4:24 AM