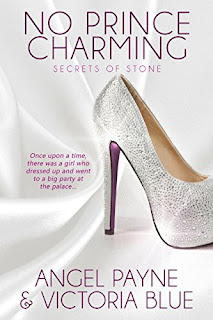 No Prince Charming
Once upon a time, there was a girl who dressed up and went to a big party at the palace. When she was there, she met a prince. They danced and fell in love...  Damn good line. Too bad I don’t believe a word of it anymore.  My name is Claire Montgomery, and I’m not a princess. I’m a fighter. I worked hard to earn my place on the emergency image repair team for one of the biggest public relations companies in the country. We’ve been called to the renowned Chicago headquarters of Stone Global Corporation, where it’s our job to clean up a heap of the Stone family’s filthiest laundry. Our success will be the biggest victory of my career. I’m on my game. I’m ready. Why doesn’t ready include a contingency plan for Killian Stone?
Kindle Price: $0.00
Click here to download this book. 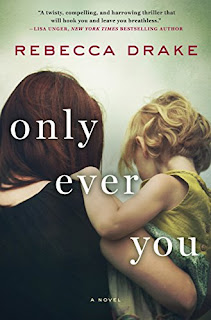 Only Ever You
Jill Lassiter’s three-year-old daughter disappears from a playground only to return after 40 frantic minutes, but her mother’s relief is short-lived–there’s a tiny puncture mark on Sophia’s arm. When doctors can find no trace of drugs in her system, Jill accepts she’ll never know what happened, but at least her child is safe. Except Sophia isn’t. Someone is watching the Lassiter home in an affluent Pennsylvania suburb, infiltrating the family’s personal and professional lives. While Jill struggles to balance building her photography business with parenting high-spirited Sophia, and David is distracted by pressure to make partner at his law firm, both of them are holding on in a marriage that’s already been rocked by loss. Three months after the incident at the park, Sophia disappears again, but this time Jill and David become the focus of police and media scrutiny and suspicion. Facing every parent’s worst nightmare a second time, Jill discovers that someone doesn’t just want Sophia for her own, she wants to destroy the entire family.
Kindle Price: $2.99
Click here to download this book.
Posted by Joisel at 12:00 AM