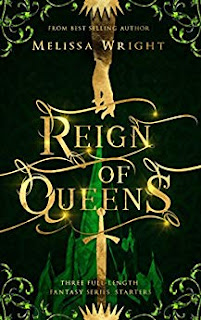 Reign of Queen
The Frey Saga Book One: Frey
Frey lives in a world where humans are fairy tales. A world where the powerful rule, where her magic is broken. That life is a lie. When dark secrets unravel, she’ll have to risk everything to rise above a dangerous past.
Shattered Realms Book One: King of Ash and Bone
When monsters break through the veil between worlds, Mackenzie Scott has nothing left to lose. Her brother is marked, her future is vanished, and all that remains is a desperate need for revenge. She devises a plan to stop them, and finds an injured stranger that just might be the key. But he's not the helpless boy he appears to be. He's one of them. And he's got plans of his own.
Descendants Series Book One: Bound by Prophecy
Aern's only job is to protect the chosen. The trouble is, she's the key to a prophecy and everyone wants her. When the opposition descends, their only hope is to stick together, but the truth unravels, and together might prove the biggest complication of them all.
Kindle Price: $0.00
Click here to download this book. 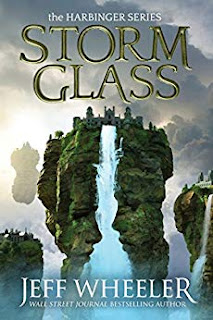 Storm Glass
Theirs is a world of opposites. The privileged live in sky manors held aloft by a secretive magic known only as the Mysteries. Below, the earthbound poor are forced into factory work to maintain the engine of commerce. Only the wealthy can afford to learn the Mysteries, and they use their knowledge to further lock their hold on society. Cettie Pratt is a waif doomed to the world below, until an admiral attempts to adopt her. But in her new home in the clouds, not everyone treats her as one of the family. Sera Fitzempress is a princess born into power. She yearns to meet the orphan girl she has heard so much about, but her father deems the girl unworthy of his daughter’s curiosity. Neither girl feels that she belongs. Each seeks to break free of imposed rules. Now, as Cettie dreams of living above and as Sera is drawn to the world below, they will follow the paths of their own choosing. But both girls will be needed for the coming storm that threatens to overturn both their worlds.
Kindle Price: $1.99
Click here to download this book.
Posted by Joisel at 12:00 AM